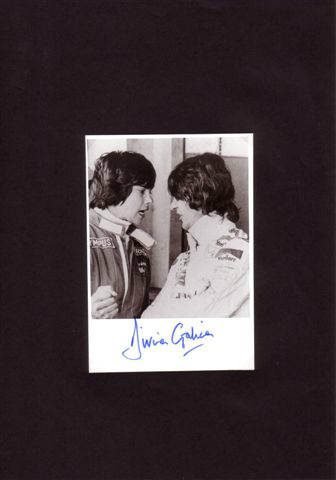 Women in the F1So far only 2 women have succeeded in getting a place on the starting grid of an F1 race which counteds for the F1 World Championship.The first one was.Maria Teresa de Filippis, she had 3 starts in 1958 and was driving a 2.5 litre Maserati. Her best result was a 10th place at the Belgian GP. The second one was.Lella Lombardi, she had 12 starts. In 1975 she became the first woman to finish in the top six of a GP, she got 0.5 points, because of the fact that the GP was shortened.Other women trying to get a place on the starting grid, but without success were:-- Divina Galica (1976+1978)-- Giovanna Amati (1992)-- Desire Wilson (1980) Desire Wilson was the very first women to win an F1 race. It was a race in the Aurora F1 Championship

A very young Desire Wilson. At that time she was already very fast